When is enough, enough? Where do we draw the line for him? What is considered quality of life for him at this point? We’ve been pondering this one for a little while.

Buddy had a rough go last weekend. We were watching TV with him asleep on his bed when all of the sudden he became restless and went into a grand maul seizure. It came out of nowhere. He’s never had one before. We thought for sure that this was it. It was awful. We got on the phone with our vets office, who talked us through it, and advised us to stay at home unless it happened again. Shortly after that we texted our vet to let her know what was going on. Her thought, in short, was that it could be an isolated incident, stroke or brain tumor. He’s been fine ever since. But we are not kidding ourselves. We think something wicked this way comes. He’s 16.

So we ponder when will we know what’s right for him? He LOVES to eat his dinner. Oh my goodness, just loves his breakfast and dinner and looks forward to chicken treats. In fact he’ll thump around on his bed and crane his neck to show me he wants a treat. LOL. He’s happy when each of us come home from work. He loves his naps in the hallway in the sun and he loves the attention from our adult children. He’s a tough cookie and puts up with a lot though. He’s always been a hard read. The vet calls him stoic when it comes to pain. Although we don’t think he’s in pain. He has lots of drugs to control that. That’s a really good word for him. Stoic. He tore his ACL back in November. There was a point where he was doing really well with it but lately it feels like he’s torn it all over again where he has next to nothing with the use of his back legs. So we cart him out 5 times a day so he can relieve himself. He can sqwat to pee with some help but needs full assistance with number 2. He’s also working on his third UTI with a new med. He’ll have some more testing after this med to see whats going on. Perhaps his kidneys are just shot. We would not be surprised.

Everyone says you’ll know. But what if we are just kidding ourselves and we are hanging on just to hang on? We want what’s best for him and not us. We don’t want him to suffer. The thought of losing him is unbearable sometimes, but then there is almost a feeling of relief in letting him go when the time is right. I want him to run again, freely, without our assistance in God’s garden.

Our hearts are hurting. This is so hard. We are praying that God will make it clear to us when enough is enough. 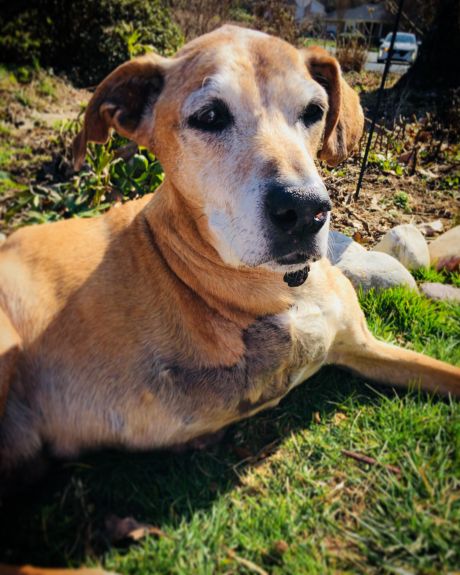 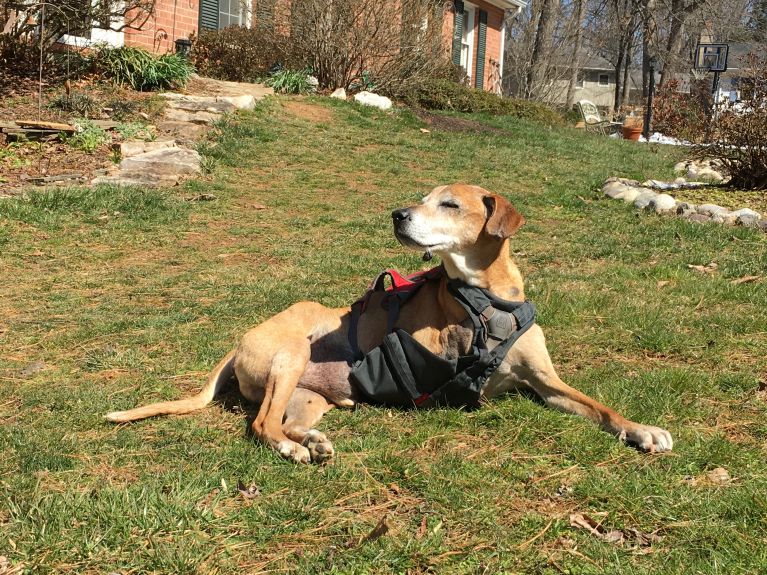 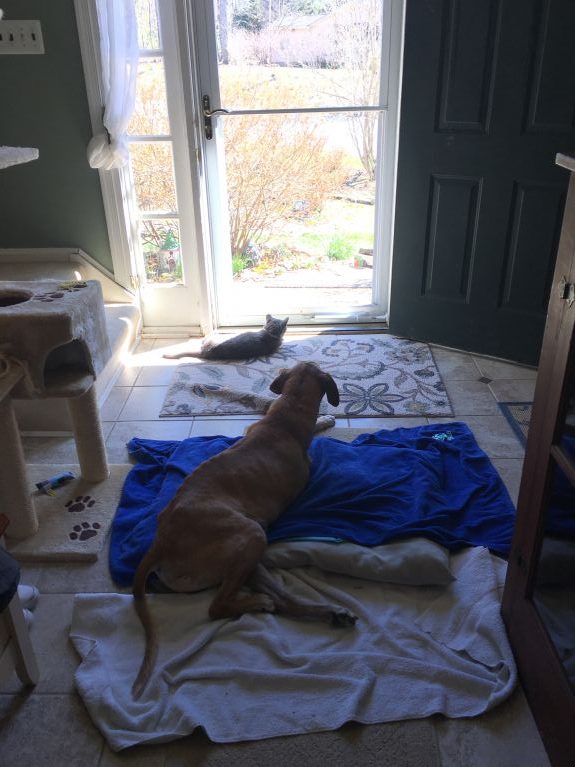